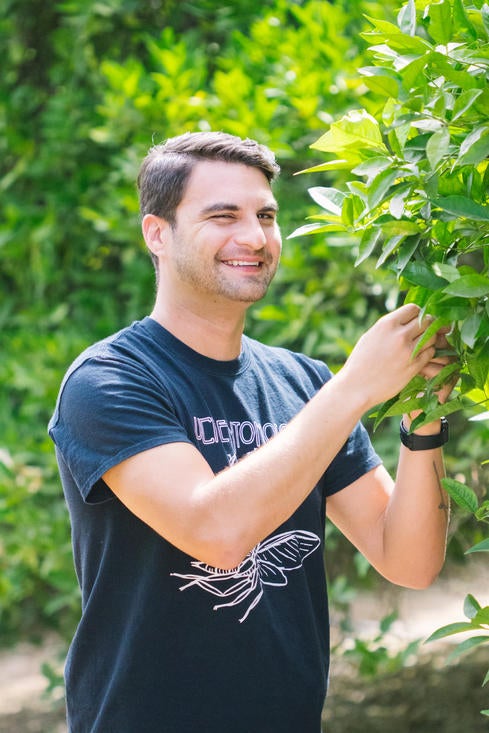 Ryan Perry is a fifth year Ph.D. candidate in the Entomology Department at the University of California, Riverside.  He graduated from the California Polytechnic State University, San Luis Obispo with a B.S. in Environmental Horticulture Science. His interest in insects was solidified while enrolled in a Biological Control course at Cal Poly, rearing parasitized insects in an effort to identify the emerging natural enemies. He continued at Cal Poly for his Masters work in Plant Protection Science, under the guidance of UCR Entomology alumni, Dr. David Headrick, successfully using artificial pheromones to disrupt Citrus Leaf Miner mating, in an effort to reduce CLM populations to economically stable levels without the use of pesticides. He completed a year of work at the California Academy of Sciences on Dr. Brian Fishers AntWeb imaging project, which included five months at the Museum of Natural History in London, in an effort to photograph every known species of ant.

Ryan’s prior research on leafminers drove his interest to conduct research on the parasitic wasps of these insects. He has focused on a complex tribe, of insect parasitoids, Cirrospilini, which belongs to the family Eulophidae (Hymenoptera: Chalcidoidea), one of the most important families of conservation and classical biological control. The wasps that Ryan has been working with have the potential to be used in biological control programs in the state, and throughout the world, and collecting and sequencing their DNA are the first steps in understanding any potentially beneficial organism. His molecular and morphological revision aims to help solve the problems associated with color and morphological variation within a tribe of economically important parasitic wasps. In analyses utilizing morphological, molecular, and geographical data, species and generic boundaries are being examined and tested. This will improve knowledge of biodiversity by systematically revising a tribe in much need of taxonomic work, with results that can be applied to other similarly problematic groups in the future. This study will provide the largest molecular phylogeny and host database focused on the most species-rich family of Chalcidoidea, allowing the relationships between species and hosts to be evaluated, aiding biological control and conservation efforts considerably.

The Harry Scott Smith Award is a tremendous asset for his studies, which will provide funding for undergraduate support and training, sequencing costs of DNA, and travel to present his research. Results from current research will be presented this year at the Entomological Society of America’s annual meeting in Denver, Colorado.

Ryan's scholarship is made possible in part by these 2017 donations